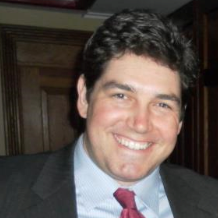 Stuart MacKay is Ph.D. Candidate of American History with a specialization in Political Economy at Carleton University in Ottawa, Canada. His dissertation examines the establishment of the Republican party in the Border South states of Maryland, Kentucky, and Missouri during the Civil War era. Exploring how antislavery southerners attempted to form a distinct antislavery Republican identity in these slave states during the antebellum period, this work explores how this identity was transformed by the Civil War, and was constantly shaped and reshaped during the political, social, and economic transformation of Reconstruction. Stuart’s research documents the overlooked political influence of Border South Republicans on national political issues, arguing that these “Southern heretics” played an crucial role in nineteenth century American political history.